Leave Miami in morning, transfer through JFK to this sprawling city’s 12th Biennial, a glass bubble floating in a taffy blob.

Annoyed taxi driver leaves me off in empty lot where phalanx of police stand around concrete blockhouse. Paranoia Alert #1: no one in “real” Istanbul seems to know where this event is being held, much less cares about another gathering of global art junkies. An attendant with black boots tells me to go 500 meters back so I walk a narrow, ominous alleyway that feels like prison gauntlet in Midnight Express, then through maze of chain-link fencing to incongruous sight of a red carpet leading through metal detectors to a plaza and two orange warehouses on water’s edge–Antrepo 3 and Antrepo 5–site of this year’s Biennial. To shrink scale in such a metaphysical landscape, a giant white cruise ship looms up from its berth and blocks view of Bosphorus.

The title of the exposition understates it all. “Untitled, 2011.” That’s it. The five-part organization is based self-consciously on the work of Cuban American artist Felix Gonzalez-Torres. 1:“Untitled” (Abstraction,) 2: “Untitled” (Ross,) 3: “Untitled” (Passport,) 4:  “Untitled” (History,) 5: “Untitled” (Death by Gun.) All share the same zero-sum title with bare parenthetical addenda that suggest a kind of Facebook vagueness without being fully committed to a single overarching idea. (I guess you can go blame Gonzalez-Torres if you don’t like the results.) The curators explain that the exhibition is untitled because “‘meaning’ is always shifting in time and space,” which seems dangerously naïve–really?–and as with all contemporary art fairs, there’s a premium on overstating the obvious. But there are also many beautiful works.

A grandmother’s shredded fabrics are repurposed by Romanian artist Geta Bratescu; 35mm slides of unknown families are displayed as artifacts by Vesna Pavlovic; there’s a kind of crude needlepoint by mono-named Leonilson and highly neurotic internal mappings by Simon Evans. Marwa Arsanios is obsessed with a 60s modernist beach pavilion in Beirut shaped like a flying saucer. Carlos Herrera makes vulva shaped self-portraits of his own death from sneakers, baseballs, deflated footballs strapped together with fruit-packing tape, while Bisan Abu-Eisheh gathers detritus from demolished houses in Jerusalem–stained documents, old shoes, shards of masonry, toys, clothing, etc.–and displays them in glass cases, tragically, as if luxury goods. 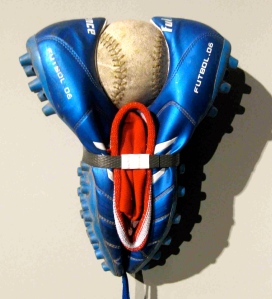 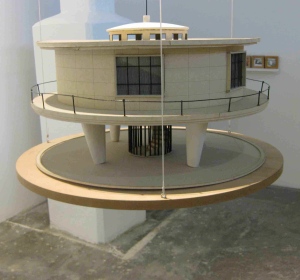 “We’re not interested at all in the spectacular,” says Adriano Pedrosa, co-curator while sitting, chatting with me in a back corner of Antrepo 5, a place that has all the ambience of an interrogation cell–“antrepo” simply means warehouse in Turkish–but it’s in keeping with general mood. There are no celebrity moments, no Koons or Wei Wei ego ejaculations. Subtle, almost too restrained, many of the 500-plus works seem fractured and displaced, appropriated or recycled artifacts, “archive art,” multi-cultural mementos, ephemera, pre-digital printed matter displayed as fetishistic tableau, letters, magazines, old vinyl recordings of political figures, cuttings, clippings, tiny pencil and watercolor renderings on pulpy faded paper, as if the 20th century and it’s printed matter were already a lost civilization. 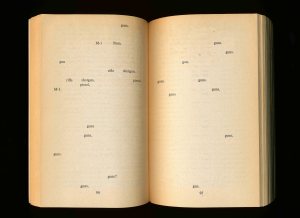 Words have been stripped of meaning, isolated from the text or narrative stream, words as ethereal flecks and pricks, word-encrusted objects imbuing themselves with extraneous meaning, worry beads wrapped with words (Smryn Gill,) words on crossed-out, censored documents (Glenn Ligon,) cancelled passports, title pages of antique books altered with lyrical imagery (Adrian Villar Rojas,) identity papers of sadly forgotten souls (Baha Boukari.) Larger-scale billboards by Mark Bradford have shredded, layered lettering that refer to a serial killer in South Central L.A.  Partially erased texts by Søren Thilo Funder have selected words–gun, shotgun, pistol–drifting across the page like orphaned nouns and seem particularly poignant considering the censorship of the current regime. While this Biennial sets out to explore the “rich relationship between art and politics,” the unmentioned elephant in the room is the fact that Turkey has more journalists and writers in prison than any other country in the world–twice the number being held in China or Iran. (Both Bayram Namaz and Ibrahim Çiçek of the Atilim newspaper, for instance, face up to 3,000 years in prison.)  I wasn’t really sure I wanted to look at any more art after hearing this statistic.

“We wanted to slow the pace of the visit because people are used to rushing through,” says curator Pedrosa who explains that this is the first Biennale to be held in a single location and not scattered throughout the traffic-strangled city of 14 million. Installation design is by über-minimalist Ryue Nishizawa (architect of New Museum of Contemporary Art in New York) and plays a similarly parenthetical role by being there but not really there. Corrugated metal decking  creates a maze of scaled-down galleries in the same industrial feeling as the warehouses themselves. The corrugated sheds amplify tones of lost identity, missed connections, isolation and deportation that are woven throughout the exhibition. Walls appear to be self-supporting but are penetrated here and there by small entry points with ragged, unfinished edges. (At 6-foot-4, I barely fit through without scraping the top of my skull.) Nishizawa left interstitial voids between galleries as if wanting to deny or extract narrative from the convention of contiguous architectural volumes. The warren of passageways–shadowy, narrow and slightly intimidating–is more telling than the primary exhibition spaces. It’s what usually gets left out or forgotten within the memory of a place. It’s also what stays with you when you’re back on the polluted streets of the Karaköy district.

Weary of contemporary, I cross Bosphorus to Hagia Sofia and to stare at the great dome and imagine purely Byzantium space before Muslim hybridization. 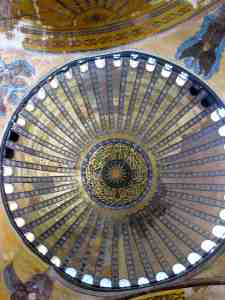 Looking up, straining neck to make out 6th-century mosaics of Christ and Mary, only produces a kind of reverse vertigo. There’s no foreground reference to provide scale so perception swims in retinal flecks and dust particles. I feel flattened and pressed and have to gaze at cracked tiled floor to recalibrate optic nerves.

Discover a different form of spatial flux, subterranean, in nearby Yerebatan Sarayi (Basilica Cistern or “Sunken Palace”) where slippery marble steps lead down to forest of columns and elevated walkways that cross vast but shallow waters–about two or three feet deep–built in 6th century during reign of Emperor Justinian. Reflections of columns in water reinforce illusion of infinite repetition in spectral orange glow while some hybridized genus of albino carp swim in confused circles and never see sunlight.

Back to my room for shower on top floor of hotel built for Orient Express passengers in 1889, final stop on direct line between Paris and Constantinople, by Belgian entrepreneur Georges Nagelmackers and his Compagnie Internationale des Wagons-Lits. (The trip took 67 hours from Paris.) Hemingway stayed here, so did Pierre Lotte, Greta Garbo, and Mustafa Kemal Ataturk, father of modern Turkey, who took corner room on second floor whenever he was in town. The hotel was a wreck for years but they finished restoration two years ago, including a ceiling with tulip-shaped skylights that bathe the big tea room with subaqueous glow. 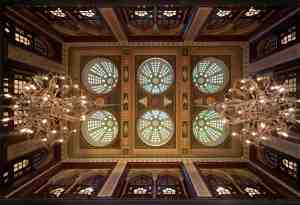 Ataturk room is now locked as a kind of museum but they let me in to see his toothbrush with blackened bristles, driving goggles, black shoes for his surprisingly tiny feet and rumpled linen suit in a vitrine, just like one of the ephemera cases at the Biennial.

Paranoia Alert #2: Istanbul is a modern city, but it’s also an ancient place of a million contradictions and a mob of young riot police–oddly attractive as if models for some J. Crew catalogue called “Rendition Fashion”–pour out of armored vans on Istiklal Street, near the foreign embassies, brandishing machine guns.  I take photo with my Blackberry and go to ask them questions but hesitate, remembering prison scene in Midnight Express, just as ocean swimming is forever ruined by Jaws. Later I learn that the police came to quell demonstrations against the visiting Israeli soccer team.

Kept awake till 3 AM by 1980s disco beat from across street then woken by 5AM call to prayers through crackling minaret loudspeakers. 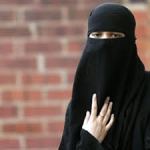 I dedicate this, my own  Biennial installation, to Turkish colleagues in prison: 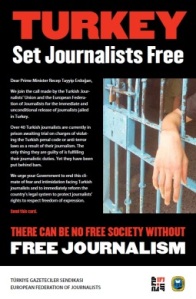